Andrew Murray Scott is an established author of four published (and four self-published) novels, ten non fiction book titles and a collection of poetry. He has an extensive record of publication of short stories, prose, book reviews and journalistic features mainly for Scottish newspapers and journals over four decades and undertakes public book events and school visits and is listed in Live Literature Scotland’s author database:  https://www.scottishbooktrust.com/authors/andrew-murray-scott

In many ways, Andrew’s literary career was kick-started in 2000 when his novel manuscript Tumulus was selected as the winner of the inaugural Dundee Book Prize. The award ceremony featured on the Scottish six o’clock TV news and he was widely tipped for literary stardom. https://app.dundee.ac.uk/pressreleases/prfeb00/tumulus.htm

Tumulus, a post-modern re-imagining of 1970s counter-culture in Dundee and the area’s Pictish past following victory over the Romans at Mons Graupius, was published by Polygon in 2000 and widely and warmly reviewed. Estuary Blue  followed in 2001 from the same publisher. The Mushroom Club appeared in 2007, and a fourth, The Big J (pronounced Jye), was published by Steve Savage Publishers in 2008.  A small collection of poetry, Dancing Underwater was published by Cateran Press in 2009.

After taking early retiral from his post as press officer to Scottish politicians in 2016, he began to write political thriller novels  under the pen-name of Andrew Scott. The first two titles in the Willie Morton series, Deadly Secrecy and Scotched Nation were published in February and October 2019. A third, Oblivion’s Ghost launched online in June 2020 and a fourth, Sovereign Cause appeared in June 2021. These are proving increasingly successful due to their topicality and have attracted positive reviews in newspapers and online. Willie Morton stalks the undergrowth of the Scottish independence debate and comes into conflict with a British establishment outraged by the prospect of constitutional change. The series is available in paperback in selected bookshops and online and as Kindle eBooks and both can be ordered directly from his Amazon author page: https://amzn.to/2ZTuoCV

Andrew is the author of ten published non-fiction books including  highly-regarded biographies of Alexander Trocchi (‘excellent’ Colin Wilson, Literary Review), and John Graham of Claverhouse which have been reprinted. He has written several commissioned books on the history and culture of the city of Dundee which have proved popular and some have been reprinted in several editions over decades.

Andrew has had a parallel career in media, having worked as a freelance journalist (mainly writing for The Herald, Scotsman, Sunday Herald and Scotland on Sunday), as a creative writing tutor and undertook a nine year stint as a press officer for three parliamentarians in two parliaments.

Andrew’s main interest is fiction writing. He is a member of the Society of Authors and Scottish P.E.N. and a long-term former member of the N.U.J.

‘The Andrew Murray Scott Collection’  of books, letters and manuscripts is held by University of Dundee Archives Services: 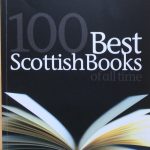 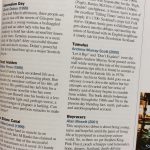 In 2005, The List magazine produced a booklet: 100 Best Scottish Books of all time, edited by a team of writers and Professor Willy Malley of Glasgow University. Tumulus was listed in “The Other 100”.

5 Replies to “About Andrew”