Edinburgh freelance journalist Willie Morton investigates the murky secrets of a British establishment outraged by constitutional crisis in Scotland and has to keep one step ahead of the powerful forces of state unleashed against him. https://www.amazon.co.uk/Andrew-Scott/e/B07MQCTK9K/ref=dp_byline_cont_ebooks_1

In the fourth Willie Morton political thriller, journalist Willie Morton unravels a thirty-year old conspiracy over the 1985 death of Treasury mandarin Matthew McConnacher nineteen days after his report, claiming an independent Scotland could be economically viable, was classified under the Thirty Year rule .

Intrigued by the state’s reluctance to declassify the report, he probes the mystery of McConnacher’s death and learns of a power-grab at the heart of the Cameron government led by Commander Neil Smyth, chair of the National Security Committee – whom Morton has reason to fear – and a secret military deal with hardliners in Spain to crush Catalan nationalists.

With his intern Ysabet Santanac arrested in Barcelona, Morton is high on the hit list as deadly forces unleashed by London and Madrid converge to bury an inconvenient truth.

“.. a gripping story. He has latched on to the aspects of 21st-century Scotland that make it a fertile setting for a paranoid conspiracy thriller and cleverly constructed a plot that triggers associations with both the McCrone Report and Willie McRae’s mysterious death, resonances that make it feel credibly tense.” THE HERALD 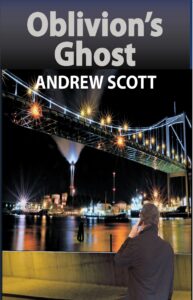 In the third title of the series, Morton is tasked with finding Luke Sangster, a hacker on the run from Britain’s secret police.

He’s tagged in to a game of cat and mouse from the lunar landscapes of Assynt to Glasgow and across the North Sea illegally to Denmark.

He cannot work out where Sangster’s loyalties truly lie and begins to suspect he is being entangled in an entrapment exercise to spread suspicion and distrust amongst the Independence movement.

As they travel through Sweden’s remote forests, he learns the truth, but by then it is almost too late…

“Moves along enjoyably and at a brisk pace” – The Herald

“Fast-paced, tension-packed page-turner… a thrilling tale which leaves the reader much to think about… doesn’t disappoint” – The Courier

In the second book of the series, it is five months after Scotland’s Independence Referendum, and Morton’s resemblance to a man called Philip Gallimont let off a drink-driving charge on Home office orders unlocks the door to a secret plot.  Gallimont works for a secretive pro-Union group in Whitehall. Can Morton pass himself off as Gallimont to get inside the group and find out how far they are willing to go to frustrate democracy? What are the group’s connections to MI5 and is the Prime  Minister involved?

It’s a dangerous game and soon Morton is being pursued through a labyrinth of private backstairs and neglected corridors in the Palace of Westminster into the eerie dereliction of the roof space.

He wants to confront the reclusive leader of GB13, whisky magnate Lord Craile, in his remote mansion on Mull and ask him one question – Why?

But some questions are too incendiary, too dangerous… the Union is sacrosanct, greater, it seems, than democracy itself and Morton is a threat to it, their top target. 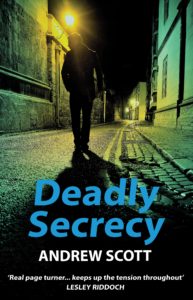 ‘Real page-turner… keeps up the tension throughout’ —LESLEY RIDDOCH

‘Riveting…  a complex, multi-layered novel that is rewarding and satisfying…  tension-filled from start to finish’ —DUNDEE COURIER

In the first title of the series, cross-border relations between Westminster and Holyrood are tense over nuclear policy as journalist Willie Morton investigates the death of anti-nuclear activist Angus McBain and begins to suspect he was killed for what he knew.

Was there UK Government collusion in the murder of McBain – and conspiracy over illegal radioactive convoys heading to Dounreay?

And can Morton keep clear of the sinister, deadly forces in headlong pursuit from Loch Ness to Arisaig, Oban, and across the treacherous Sound of Kerrera in the dark…? Trapped in a remote distillery in Bridge of Orchy, as bullets dent the copper stills, surely Morton’s time is up…?

“Convincing account of secret service skulduggery… Morton and his adversary, Daniel McGinley, are opposing halves of the Scottish psyche…” 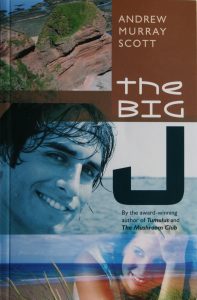 An evocative, humorous and often poignant rites of passage novel about a 17 year old boy Robbie Strachan growing up in a quaint tourist town on the red sandstone rim of Scotland’s north-east coast. Like most of his pals, Robbie is desperate to leave to go to College but is in awe of the mysterious and charismatic 19 year old incomer The Big J and a witness to the terrible tragedy that unfolds before summer is over.