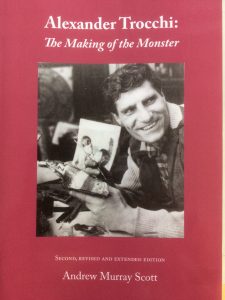 A story of heartbreak and pain, the minutiae of squalor, tragedy, obsession, of chemical addictions, sexual experimentations, promiscuity and desertion, suicide — and literary genius.So begins this account of one of Britain’s most remarkable literary figures. It traces his childhood in war-time Glasgow, his literary apprenticeship in Paris with Beckett, Ionesco and Sartre, his move to New York then Venice Beach with the Beats. Trocchi charmed and haunted the leading cultural figures of the day as an insider and prime mover of iconoclastic events of the 1950s, 60s and 70s until his death in London in 1984 at the early age of 59.

This new edition of the critically-acclaimed biography of Alexander Trocchi has been revised, extended and updated since its first publication in 1991 when it  helped to create new interest in the celebrated — and notorious — author of Young Adam and Cain’s Book. It was highly influential in resurrecting the then overlooked figure of Trocchi, led to the reprinting of his novels and inspired a wave of new writers to discover Trocchi for themselves.

“… a strange and saddening book… Trocchi… experimenting with drugs and sex… left behind a trail of wrecked lives … at least he has been lucky in this excellent biography which conveys something of his charm and charisma.” –  Colin Wilson, Literary Review 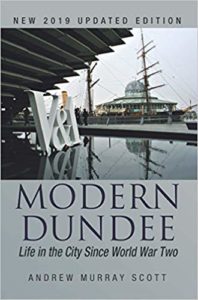 “A fascinating account of life since 1945 in a city that’s often under-rated. Packed with photos, it’s an easy, highly-informative read, charting changing times and bringing to life many local characters. A must for anyone wanting to learn more about the City of Discovery” The Sunday Post

“An absorbing work, brimming with photographs and written in a tight, journalistic style that bowls the reader along”  Scots Magazine

“A fascinating view of the changes Dundee has undergone. A must-read for everyone with an interest in the city” Evening Telegraph

“Poignant, sensitive and revealing story of one of Scotland’s great cities… an excellent overview of life in the city, warts and all, which also makes a first-class contribution to a better understanding of the social and economic character of modern Scotland” Press & Journal

“The book contains hundreds of evocative photographs and has won similar acclaim to that won by his earlier novels, Estuary Blue and Tumulus, both of which are set in Dundee”  Courier

“A packed and compact compendium of events, characters and developments over a 50 year period, combining interesting reference material with readability, history but with emphasis on the stories behind events and the people who have contributed to them” Helen Brown, Courier

“We are extremely grateful for the honest and truthful reporting you give of the situation surrounding the Caledon shipyard… you have quoted what we always felt to be the truth, thank you very much for giving my granddad the vindication he deserved”  Elaine Barty (grand-daughter of Bob Barty) Dundee

“Excellent and evocative picture of the Dundee where I was brought up… well done and thank you.” I. McNaughton, Carnoustie

“Thank you for the memories your book brought back of a Dundee I knew as a girl… thank you also for taking trouble to find my father, Petty Officer Roger Tribout of the Minerve submarine who is in one of the pictures you used” Doretta Tribout, Middlesborough

“This was a great book for us, really popular, the hardback flew off the shelves and we still get asked for copies nearly three years after it went out of print” Gordon Dow, Ottakar’s Dundee 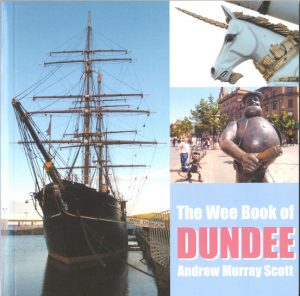 Summer days when Broughty beach was busier than Benidorm, when folk queued at the bus stances of Shore Terrace or for a ticket on the ‘Fifies’. The washhouses, housing schemes under construction, tenement ‘pletties’, jute, shipbuilding… Fifty magnificent and evocative pictures of Dundee in the past century, carefully selected from the vast archive of DC Thomson & Co Ltd, to inspire recollections and help celebrate the life and times of one of Scotland’s greatest and most versatile cities. The Wee Book of Dundee remains a local bestseller. 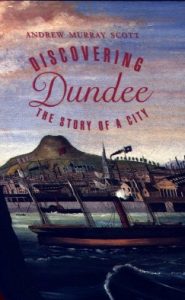 Discovering Dundee: The Story of a City was the first concise guidebook cum history of the city designed for the general reader, students and tourists alike. It finally appeared in 1989 after the author had spent two years trying to find a publisher willing to take ‘the risk’ of publishing a book about Dundee! It was published as a gesture of faith by Mercat Press, an imprint of booksellers James Thins, when they opened a branch in the city. It was, from the first, a considerable success and has been reprinted many times in several revised editions, and continues to sell – as it approaches its 30th continuous year in print! Needless to say, it was a pioneering venture that was soon emulated by other authors following with similar titles. 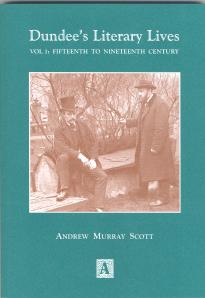 The oldest known Scottish poem The Goddodin was written near Dundee in the sixth century and during the Reformation and Renaissance some of the most influential writers in Europe including the Wedderburn brothers and Hector Boece were Dundonians. In 1660 the first full-length work of fiction written in Scotland was penned in the city whose guest-list includes Samuel Johnson, Oscar Wilde, Walter Scott, Robert Burns and Charles Dickens.

Andrew Murray Scott explores the Victorian age over three chapters and considers dozens of working class ‘Poets of Protest’ and the hundreds of self-styled ‘Bards’ (including William McGonagall) as well as the newspapers and magazines which made Dundee such an important cultural centre. Many important and neglected writers are considered; Robert Nicoll, James Gow, Robert Mudie, Robert Leighton, Frances Wright, George Gilfillan, James Young Geddes, David Pae and W.D. Latto.

This insightful and often passionate study (with its accompanying sequel Vol 2: The Twentieth Century) is intended to appeal to historians, writers, teachers and the general public, to be both a concise reference work and a starting point for further study. 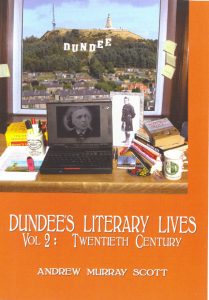 The second volume of Andrew Murray Scott’s critically-acclaimed cultural study considers the role of Dundee’s writers from World War One, the ‘kailyard’ period and the ‘Scottish Renaissance’ – to the present day generation of literary prize-winners. It examines the cultural slump in mid-century, the dialect humour and distinctively local culture which emerged in the 1960s, the surprising upsurge in non-fiction writing since 1986 and the history of the city’s involvement in dramatic productions.

Important and often neglected writers are considered; Joseph Lee, Mary Brooksbank, Lewis Spence, J.B. Salmond, W.L. Lorimer, William Montgomerie as well as today’s literary stars; A.L. Kennedy, W.N. Herbert and Don Paterson and the text is enlivened by the inclusion of many poems and prose extracts from the works of key figures. Intended to appeal to historians, teachers, writers  – and the general public, this (together with Vol 1: Fifteenth to Nineteenth Century) is both a concise reference work, a brief anthology and a starting point for research on numerous literary topics associated with Dundee. 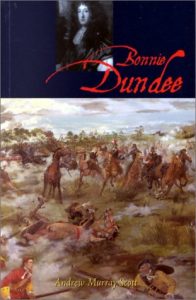 One of the most compelling and romantic characters of Scottish history, John Graham of Claverhouse, 1st Viscount Dundee, was idolised by Dryden, Swift and Walter Scott as a charming, cultured cavalier and brilliant military tactician. To James Hogg, John Galt and those who hold dear the enduring legends of the Covenanters, he was ‘Bluidy Clavers’, a demonic brute put down in 1689 at the Battle of Killiecrankie with a silver bullet. Feted by his highland soldiers as ‘Dark John of the Battles’, some historians now regard him simply as an unthinkingly loyal, and dull, servant of the Stuart Kings. Or was he a tragic figure: abandoned by the King he sought to restore, leading a futile and hopeless rising, misrepresented at Court, cheated and betrayed – and left to his fate?  In this revised and authoritative study of one of history’s most appealing – and ambivalent figuresAndrew Murray Scott, the editor of the collected letters of Graham of Claverhouse (Scottish History Society, 1990), has drawn extensively upon the letters and original 17th and 18th century sources.

First published in 1989 by John Donald and subsequently reprinted in a revised paperback edition in 2000. Used copies available online.