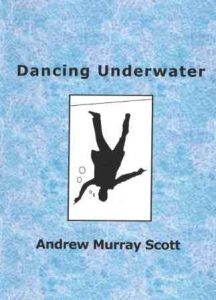 Romantic, bittersweet or wry, these poems use water as a motif and the past, in the guise of ghosts or ancestors, haunts this intense and impassioned collection. Wandering Europe and beyond, with an outsiders’s eye, the poet reveals a patriot’s love of his homeland.

“Sensitive serious poems which ask the reader to look below the surface to a poetic trinity of past, present and future. Andrew Murray Scott succeeds in giving the moment a timeless quality – and makes the transition from novelist to poet with aplomb” – Ellie McDonald. 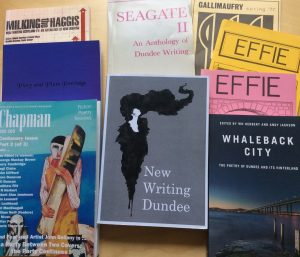 Andrew has contributed more than 30 poems to journals, newspapers, anthologies and magazines since the mid-1970s. Sometimes his contributions appeared in the early days under ‘Andy Scott’ or ‘Andreas MacAlbain’ . He has had poems in several annual New Writing Scotland anthologies, Chapman, Whaleback City, Piety & Plum Porridge and more than six poems in The Herald newspaper’s ‘Poem of the Day’ feature.